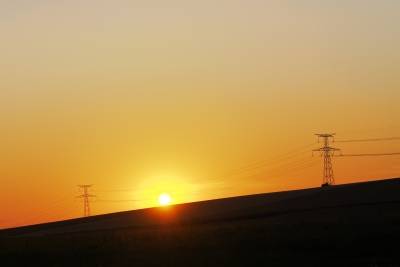 Jason Smith and Glenn Sutherland attended a 1-day short-course & workshop organized by Clean Energy BC. The title was: Transmission Line Experiences and challenges for Clean Energy Projects and Industrial Projects. The target audience was developers of independent power projects (IPPs). A key objective for attending the workshop was to learn about how transmission lines are sited to assist with modeling this component of development.

The day was well structured, starting with general issues (the BC energy grid and future scenarios for energy demand), a brief intro on the electrical physics of hooking up to the grid, and then a series of talks on permitting, design, siting, costs, and maintenance of transmission lines. It was a full day and provided us with a very worthwhile education on the topic.

The 3 key elements for modeling transmission lines are:

Where the transmission line starts is easy if you have a reasonable idea of the powerhouse location; in CREATe, we currently use provincial water license applications and the scoping work conducted by BC Hydro to infer potential sites for run-of-river (ROR) hydro-power development.

Route is complicated to model precisely – there are lots of fine-scale issues. However, the general algorithm is the shortest path from start to finish, with a few simple cost factors (e.g., road/rail crossings, elevation, road access for construction and maintenance). Transmission lines are not like roads, which need to consider many other factors such as slope and stream crossings. Width of a transmission line corridor is variable, but generally ranges from 10-45m plus danger tree removal, depending on the voltage rating of the line.

Within the context of strategic-scale modeling, and specifically within CREATe, projecting transmission lines will be as much about scenario design as about modelling – there is a lot of uncertainty in the system about how many lines there could be in an area – in say a long valley in which there are multiple IPPs. Heuristically, there would likely be one for each project, unless the planning was fairly advanced up front. Other considerations are where and how the lines interact with each other and the locations of their associated POIs.

Email: This email address is being protected from spambots. You need JavaScript enabled to view it.